History and Heritage of Penrith 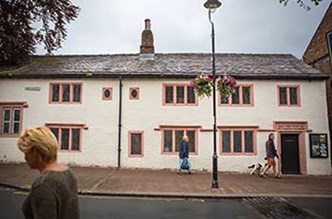 Penrith grew up at the crossroads of several important routes. The castle and the narrow roads and yards were built as defences against raids from the north. With its central location, Penrith developed as a market town for the surrounding area. The town retains much of its medieval layout.  The wide open spaces where animals and agricultural produce were sold, contrast with small yards, often bearing the names of former inhabitants. 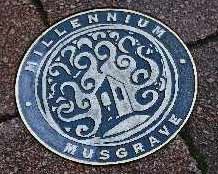 The Coronation Garden was created as a community garden in 1938, to celebrate King George VI's Coronation. After being neglected and underused over the years, regeneration of the garden has been carried out as a partnership between the Rotary Club of Penrith, (to celebrate the centenary of Rotary International), and Eden District Council with funding from the Heritage Lottery Fund (HLF) and Eden District Council.

Work to the garden included restoring some of the original features, creating raised beds, a sensory garden, sculptures, adding lighting and a time line of the history of Penrith.

The garden incorporates a number of original features that relate directly to the heritage of Penrith. Its layout was designed to incorporate the shape of St Andrew's Cross, on which the town's coat of arms is based in recognition of Penrith's close links with Scotland.

Penrith has many historical landmarks, including St Andrew's Church, Penrith Castle, Beacon Pike or Tower and the Musgrave Monument. 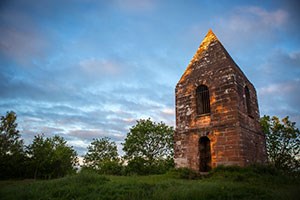 Read more about these on our Penrith Landmarks webpage.