Flora and Fauna of Orton and Tebay

The countryside around Tebay and Orton is rich in wildlife, bird song and a distinctive flora that marks the changes of the seasons. The hay meadows 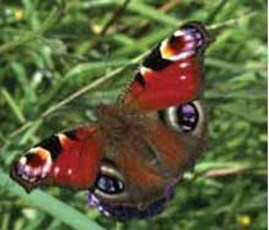 of High Borrowdale, Gaisgill and Raisbeck offer a huge contrast to the fascinating Orton Scar limestone pavement. Sunbiggin Tarn pasture is part of a designated SSSI and is a haven to a wide range of water fowl.

The Churchyards and grass verges of the two parishes which are particularly delightful in the spring and summer, have a variety of protected species such as orchids and noteworthy lichens can be found. The Birdseye Primrose grows where acid water flows over alkaline limestone. It is only found in a band between Shap in the west and Malham in the east.

Red squirrels can often be seen in the gardens 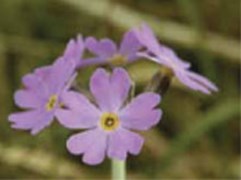 can of the Shap Wells Hotel or scampering through areas of local woodland. The area is also home to Roe and Red Deer, badgers and many beautiful species of butterflies.

Listen out for the distinctive calls of the curlew and lapwing.  During the breeding season snipe can be heard 'drumming' a noise made by rubbing feathers together. Golden Plovers and Meadow Pipits can be seen on Orton Scar.  Watch out for Pied Flycatchers in the riverside woods of the Lune gorge, Tebay.

This area has a beautiful landscape that has been influenced by its unique farming heritage of commons grazing, rich hedgerows and distinctive drystone walls. As well as the monthly Farmers' Market at Orton, there are chances to learn more at 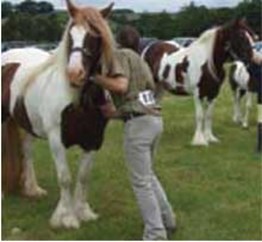 farm open days and to see the fruits of the fells at the annual Greenholme Show.

Orton was referred to by Alfred Wainwright as a village which "enjoys a quiet rural life in a setting of unique charm and ranks amongst the loveliest villages in the county."  It has one of the few remaining Manor Courts in England, still run by the 'freeholders' to this day.

The Cumbrian tradition of commons grazing means that there are extensive upland areas free of walls and fences. Much is now 'Open Access Land', which is both rich in biodiversity and offers walking routes free from gates or stiles.

Herds of fell ponies can be seen grazing the fells and fields and the local 'Rough Fell' sheep are a native breed from the Howgill Fells, which are protected and promoted by the Rough Fell Society.

Stone built lime kilns are a feature of farming heritage found in the limestone landscape. They were used to burn the locally quarried stone to provide fertilizer to enrich the land, mortar and whitewash for the traditional buildings.