Penrith named 'station of the year' at national awards

Penrith Station has won 'medium station of the year' at this year's National Rail Awards. 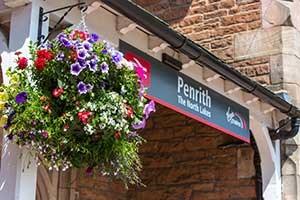 Operated by Avanti West Coast, Penrith station was recognised by judges for being a particularly customer-friendly location.

Judges said that the Eden valley station ‘has it all’, and praised the work of the Avanti West Coast Team at Penrith as community ambassadors.

Each week the team are visited by Penrith Community Gardeners, who maintain the garden that brightens the environment on platform two.