Appleby has been recognised as an Honorary Quidditch Town in celebration of the new book, Quidditch Through The Ages Illustrated Edition.  The book is an essential companion to the Harry Potter series and 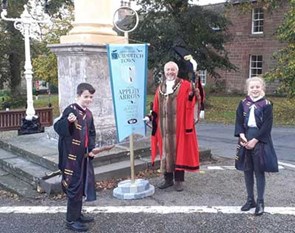 guide on the wizard’s favourite sport.