The ancient market town of Appleby-in-Westmorland has kept its old world charm. 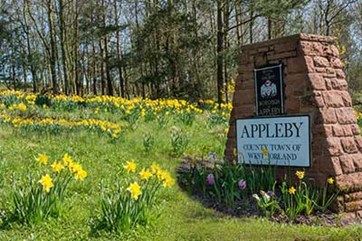 A walk up the picturesque main street of Boroughgate, described as 'one of the finest in England', can transport you back into Medieval England with the peace and quiet of beautiful riverside walks and picnic areas within five minutes of the town centre. 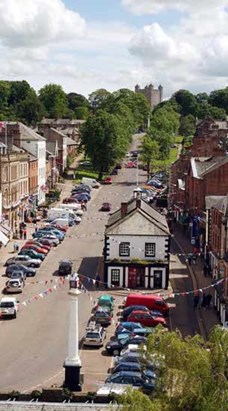 To the west of Appleby is the Lake District whose northern and central lakes are within easy reach. To the east lie the North Pennines an Area of Outstanding Natural Beauty and with the Yorkshire Dales, Hadrian's Wall and the Scottish borders all within an hours drive, Appleby is an ideal base for a touring holiday.

There are many places to stay in Appleby including welcoming Hotels and Bed and Breakfasts (B&Bs), self catering cottages or caravan and camping sites. All offering quality accommodation in and around the town.

Appleby, has been featured on BBC1's 'The One Show' and ITV1's 'The Lakes' with Rory McGrath.